It is one of the most common sleep disturbacance issues in America. It has ruined the sleep of an estimated 25 million Americans. This prevents the sleeper from entering REM and Delta Sleep. This can make them anxious, cantankerous and tired during the day.

There are very serious health consequences of prolonged sleep deprivation. Also, due to its nature, blood oxygen levels are lower than normal for prolonged periods. This is damaging to both the brain and the heart.

Presently, this issue can be addressed in various ways. Initially, weight loss is attempted, as well as decreased alcohol consumption and smoking. Anyone with a slight insight into human nature can realize how unsuccessful this can be. Then there are many additional steps that can be both costly and dangerous.

Our bodies have numerous control systems to regulate and maintain physiological conditions. For example, your body’s core temperature is maintained with a control system that is always operating. The metabolism is regulated to smoothly and continuously provide enough heat from digestion and fat storage to maintain the desired body temperature. If the temperature gets too high, you begin to sweat. If the temperature gets too low, you burn more stored fat to release heat energy. This is an example of a “proportional” control system, meaning a system that makes continuous corrective actions proportionate to the “error” in the system. Your respiratory system is a similar system. As blood oxygen levels drop, your respirations become deeper and more regular, increasing heart rate.

Another type of system in the body is the “bi-valent system”. This is a system that has two states, either active or inactive. A good example of this system is the gag reflex. If a foreign object advances down your throat, your body convulsively expels it by rapid contraction of the esophagus and stomach. This is not a response proportional to the amount of penetration; it is an all or nothing response. You either vomit, or you don’t.

There are multiple control systems that work actively in your body, as well as protective systems as well. The two that I need to bring to your attention are directly relevant to the respiration system. One is proportional and the other is bi-valent. As previously mentioned, there is a control system that is responsible for regulating the blood oxygen level. It must be able to control the diaphragmatic muscles in order to regulate the depth of respiration. This is where the trouble begins.

When we start to fall asleep, we move from stage one (drowsiness) into stage 2 sleep, which is the transition stage before entering REM sleep. REM sleep (rapid eye movement) is where we dream. Dreaming is critical to a good night’s sleep. When we enter stage two sleep, muscular activity is inhibited. This is a function that occurs primarily to keep the dreamer from physically acting out the movements of their dreams since the part of the brain that controls muscular movement cannot tell the difference between you dreaming of walking down the stairs and the actual action of walking down the stairs. This muscular inhibition is very important and is accomplished by suppressing the movement of signals from the brain along the spine. Unfortunately, issues develop as we age.

The first issue is that the muscles of the soft palate become weaker, allowing it to sag.

The second issue is that communication between the diaphragm and the brain becomes obstructed.

The result is that upon entering stage two sleep, the muscles holding the soft palate out of the airway is reduced, allowing it to sag into the airway. While this is happening, the same inhibition of muscle movement is reducing the signals to the diaphragm on an already obstructed channel. As a result, breathing becomes shallower and shallower because of insufficient signal strength to the diaphragmatic muscles.

This drops blood oxygen levels. The normal proportional control cannot maintain the desired level and a safety backup system comes in. When the blood oxygen level gets low enough to cause the individual to suffer physiological damage, a bi-valent system intervenes and causes the body to make a large and immediate inhalation. This can suck the sagging-soft palate into the airway.

This causes the subject to awaken with a loud snort. Respiration becomes somewhat normal again as the sleeper escapes entry into stage two sleep. However, as they begin to drift off to sleep again, they once again move into stage two, the muscle palate sags, the signal to the diaphragm diminishes and the cycle begins again. The resulting snorts usually awaken the subject every minute or so.

This is to thank Mr. Frank for his Sleep Apnea Relief formula. I was miserable, tied to my CPAP machine. My husband said that without it I would snore very loud. I would wake up frequently wake up tired & drained . I started to become cranky and gained weight. I’m finishing my second bottle of the Sleep Apnea Relief formula and now I must say it’s changed my life. Now I sleep more deeply, stopped snoring, and don’t wake up many times throughout the night. Thank you. Thank you so much.    P.S.  I’ve been losing some poundage. I’m happy!
— Patricia Strano

The appropriate solution is to accentuate the ability of the brain to communicate with the diaphragm so that it will maintain the proper blood oxygen level and keep the safety systems from causing rapid inhalation.

With the issue accurately characterized, the solution becomes obvious. Sure, it is beneficial to strengthen the muscles of the soft palate, just as it is advantageous to reduce muscular tension in the neck. Both of these things make a noticeable improvement, however, the most dramatic impact can be made by the administration of a few common herbs.

The Herbs of S.A.R

In some individuals, the disturbance is clear due to disruptions in sleep from respiration blockages which result in irregular sleep patterns and lack of access to important “sleep stages” that are needed for good rest. This can be due to numerous causes. In other individuals, the main consequence can be as simple such as lowered oxygenation of the blood and resultant lack of “refreshment” from sleep.

A simple, all natural product that helps maintain a great quality of sleep. It will create an industry of healthier and more alert individuals that will better function in their daily lives.

Improving sleep and alertness does not require uncomfortable, costly or even dangerous alternatives. It can be accomplished simply and inexpensively with S.A.R, which is an herbal supplement designed to sustain nocturnal respiration.

From the safety of nature, as demonstrated with modern science, you now have the opportunity to improve your sleep.

Thyme has traditionally been used to enhance pleural activity and makes an excellent contribution to maintaining sufficient respiration. To round out the combination, Chamomile & Cramp Bark promotes relaxation within the musculoskeletal system. Meadowsweet is added to help aid the absorption in the stomach.

This “bouquet” of herbs is a holistic, natural approach that is non-habit forming, and no-preconditioning is required. Would you like a natural herbal approach or continue down a path of expensive, invasive and possibly even dangerous alternative options? Take your nights back and join the millions of others that wake up feeling relaxed, energized and ready for the day because of a restful uninterrupted night’s sleep!

The choice is yours!!

Letter from the creator:

Hi, my name is Steven Frank,

Are you looking for relief?

I have a confession — I too suffered. However, as a scientist and master herbalist, I knew that there had to be a solution. I searched everywhere for a formula, but there was nothing that worked.

I couldn’t believe it, so I set out to develop the formula myself.

Even as a master herbalist, it took a lot of trial and error to come up with a formula. I was my 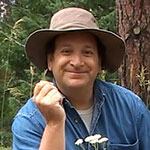 own willing test subject, so I was able to keep at it. After dozens of experiments, I finally began to understand the issue and I discovered the right combination of 5 synergistic herbs:

This combination actually worked for me! It:

There was, of course, the question of “Would this herbal formula help any of the other 25 million other Americans who suffered?” It is a growing issue. Some people don’t find relief with this formula. I think it’s only fair to give you a full refund in case you are one of the very few who don’t respond to these herbs.

By now, you should be able to see that I am making it as easy and convenient as possible for you to try S.A.R. 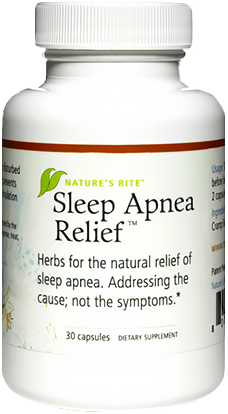 Category: Sleep Products Tag: apnea remedies
3 or more for $41.39 each

We will email you spring, summer, fall, & winter discounts 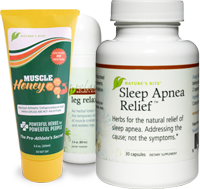 This discount may be applied to all future purchases. We don't tolerate spam, and you can unsubscribe at any time.

Registering for this site allows you to access your order status and history. Just fill in the fields below, and we’ll get a new account set up for you in no time. We will only ask you for information necessary to make the purchase process faster and easier.